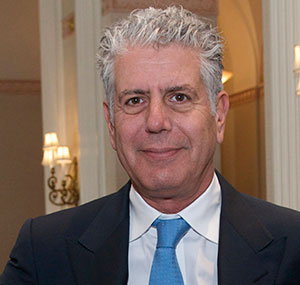 Can Bourdain’s death please generate a conversation about alcoholism and not just befuddlement about his fantastic life that countless people wish they had? Because you don’t want his life. The travel, the breadth of his experiences, sure, maybe. But this man on the move had to stop sometimes. No cameras, no action. Just himself. I didn’t know him, but I do know addiction and it can be a fiercely critical companion that may take a back seat but lies in wait. It can tear us down and sometimes just won’t shut up — goading shame, provoking self-loathing and inviting emotional isolation.

When you’re an addict, as he proclaimed he was, it’s highly risky to keep one drug on board. He had respect and fear of the “hard drugs.” He reportedly was grateful and humble for having escaped death by addiction decades ago.

We’ll be talking about depression and suicide for days now, with Kate Spade’s and Bourdain’s suicides, until another famous person with a seemingly magnificent life shocks us. Bourdain was a famous, beloved “bad boy” as one friend described him. He demonstrated a generosity of self. He cared deeply, it would seem, about injustice, and about the opiate-addicted with whom he empathized. I’ve found, working with the addicted, both those using and those in recovery, that addicts/alcoholics are generally extremely sensitive souls.

Alcohol “works” for the alcoholic until it doesn’t. It promises and delivers what we seek from it for years, until it stops working. Yet still we want to drink like everybody else. Drinking is fun, right? It goes with culinary delights, correct? It enhances life, isn’t that so? Well, yes, and no. Certainly ultimately “no” if you have the malady, which quietly marches on and in time takes our joy, even our will to live and carry on and pretend we’re OK. We’re not OK. We are just good actors. Bourdain perhaps was one of the best. With alcoholism, we make rules as we go along, to prove we have control. We also break those rules. We take life by the tail, but, dare I say, some weary of the show and let go.

This is a progressive, chronic, fatal disease with predictable stages. The brain science is in, and has been for years, yet it is ignored or given short shrift because drinking is such a huge part of our cultural fabric. We don’t stop and think about it until we’re forced to; until it’s obvious, undeniable, that someone we care about is suffering.

Alcoholics minimize, deny, believe their drinking is under control, and refuse to connect the dots — that drinking for escape, relief or to solve problems is creating more problems, and is taking a toll on self-worth and perhaps cognition. The substance they are drinking for “a lift” is a depressant. The guilt, shame, powerlessness and depression can take them down.

Blessedly it can also wake us up to the true nature of our disease. We stop separating “drugs” from “alcohol.” We find freedom from the tyranny that is addiction, that is alcoholism. Can we at least talk about it?

If you’ve lost a loved one to this horrific medical disease of Substance Use Disorders. Given the amount of overdoses we’re grappling with these days, and a personal loss I recently experienced, I … END_OF_DOCUMENT_TOKEN_TO_BE_REPLACED

It’s mind-boggling to me that families often try to treat the medical disease of addiction at home. If your teenager broke his arm, would you set the bone at the kitchen table? If he had an asthma … END_OF_DOCUMENT_TOKEN_TO_BE_REPLACED

Someone you love is showing signs of addiction. You've devoured books with titles like "Walking on Eggshells". You've nudged, you've argued, and you've threatened. You've seen counselors and sought … END_OF_DOCUMENT_TOKEN_TO_BE_REPLACED 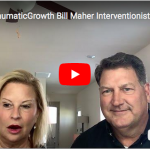 Whether you call, e-mail or write, all information is held in strict confidentiality and will not be misused or replicated in any way.